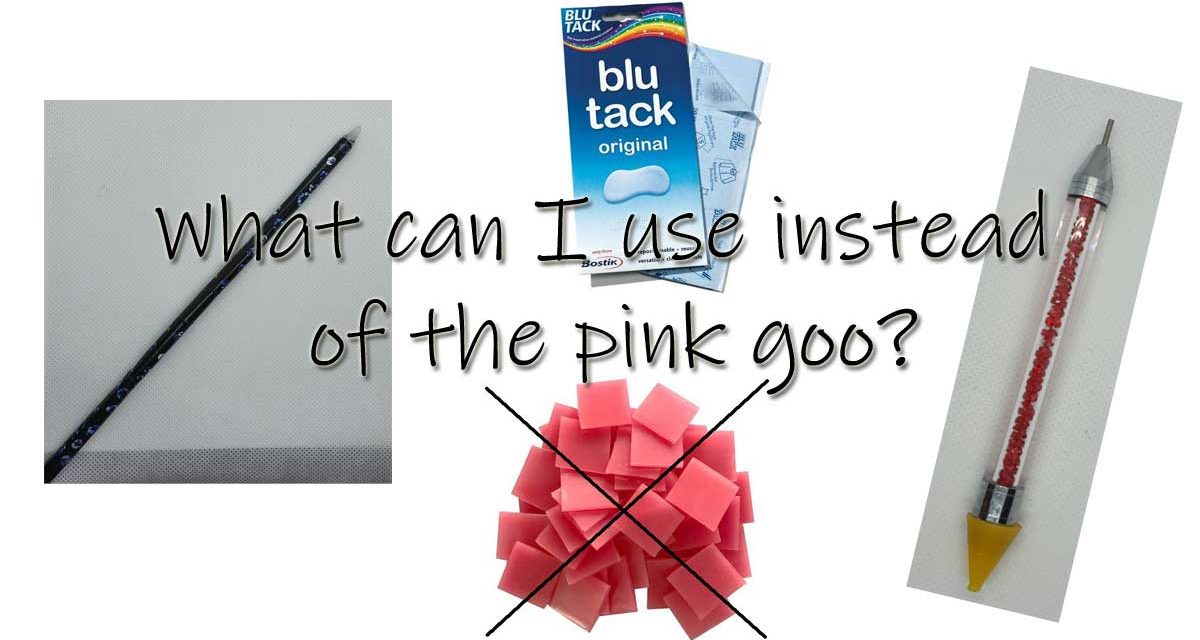 You can replace the pink wax with blu tack. Personally, I use blu tack as I fell I do not need to refill the pen as often. Which speeds up the laying a little bit. The disadvantage of the blu tack, however, is that if you use too much, there are leftovers on the drills. However, that can also happen when using the pink wax. Another disadvantage is if you happen to get the blu tack on the glue it will get stuck on the canvas. It has happened to me a few times but then I have gotten most of it off with tweezers and then I have put down a drill. The drill has sat well and not come off the canvas.

The other alternative I have found is to use a wax pen. That is, a pen that consists entirely of hard wax. The advantage is that you do not need to refill it, since it is made out of wax. The kind I used, however, has a major disadvantage, and that is that you cannot push it very hard on the canvas. Something that you sometimes have to do if the drills are laid in checkerboard patterns and the holes are a little too tight. There are also pens that are usually used to decorate nails, these I would guess that they also work with drills. However, I have not tested it, but if you have done so please leave a comment on how it worked out for you.

Where to get blu tack and wax pens?

Were I live you can find blu tack in convenience store and hobby stores. The wax pens you see in the picture above I’ve bought from AliExpress. You can find the left one here: wax pen red. The right one can be found here: wax pen whole.

Note! This post contains ads by affiliate links to AliExpress. 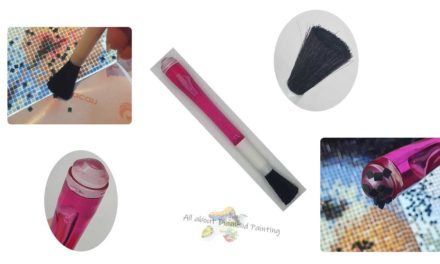 Test of sweep and pick up tool 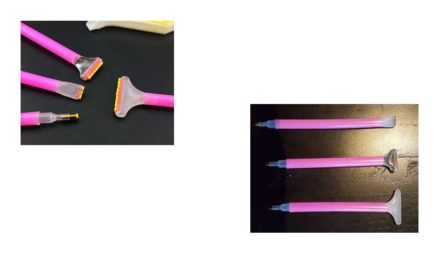 Pink pen – how to use it 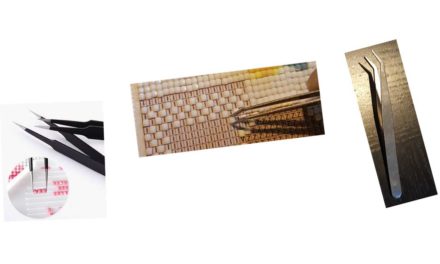 Tweezers – what they are used for