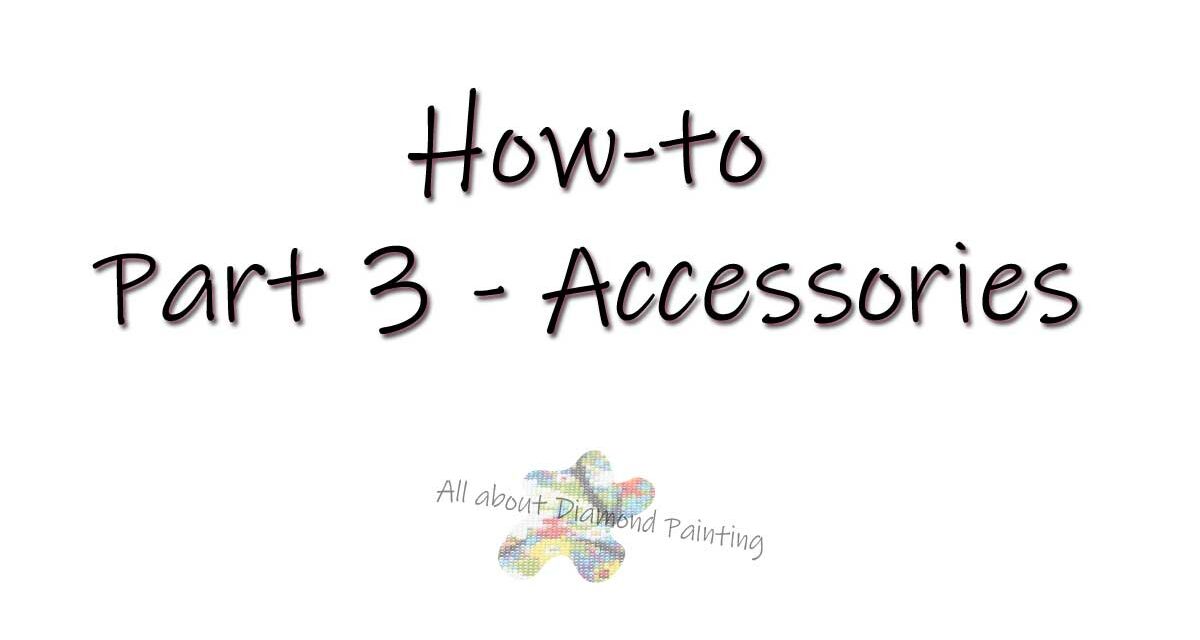 It’s time for part three of “How-to”, we have previously checked so that everything is included and so that the canvas is good. Now its time for us to look at the accessories. The three most common accessories and the ones you usually get with a Diamond Painting kit are a pink pen, wax and a tray. Here you get to know what these three different accessories are and how they work. Since you sometimes also get tweezers, information about them is also included. If you want to read the previous posts in “how-to” you can find them here: how-to – inventory and how-to – prepare the canvas.

The pink pen I would say is one of the most important accessories in Diamond Painting. It is with that that diamonds are attached to the sticky canvas. The pen has a metal part that has a cavity that you fill with wax, more about wax comes below. When you place the pen against the diamond, it is the wax that makes it stick. When the diamond is placed on the canvas, the adhesive on the canvas is stronger and the diamond come loose from the pen.

The metal part that is on the pen makes it possible to place one diamond at a time. However, there are loose ends you can buy that allow you to put several diamonds at once. Sometimes you get these ends when you buy a Diamond Painting kit. The ends make it possible to add 3, 6 or 9 diamonds at once. However, they are not in metal but in plastic, but they still work just as well. If you have large areas with the same color, these ends are very good to have and speed up the placing of diamonds. It takes a little patience to learn to get the diamonds to end up the right way in the tray and pick them up with the ends. But once you have learned it, it goes much faster.

Although the pink pen is the most important among the accessories, it is also the one that is replaced the most. Some people think that it is too narrow and that you do not get a good grip on it. It can be solved with a pen grip or you can replace the entire pen. There are several companies that sell all sorts of different types of pens. So you can vary endlessly, and surely find one that suits just you. If you want you can make your own pen, you can find the instructions on how to do it here: Make your own Diamond Painting pen.

Some companies send a pair of tweezers with the accessories. The tweezers are used instead of the pink pen and are thus used to place diamonds on the canvas. The most common is to use it for square diamonds as they are easier to get a grip on. However, you can also use it for round, but it is somewhat more difficult and requires some practice. If you push too hard, the diamonds fly away, so it is important to find just the right pressure to be able to pick up the diamonds.

In addition to placing diamonds, you can also use tweezers to remove diamonds that have ended up in the wrong spot on the canvas. This is because you get a good grip of the diamond with the tweezers. Tweezers with a pointed tip are usually better for this purpose. Personally, I like to use tweezers when there are single diamonds to be placed and there are no others nearby. Likewise, if you put in a checkerboard pattern, I usually use the tweezers to place the first round of diamonds. Then I use the pink pen to fill in the holes.

When you order a Diamond Painting kit, among the accessories you get a small pink square surrounded by plastic. This is wax and you put it in the tip of the pink pen to be able to pick up diamonds. Remove a small piece of plastic and push the pen into the wax and fill the tip with wax. Some companies have light blue wax instead of pink, but it’s exactly the same thing only in a different color.

As you use the pen, you will notice that it will be harder and harder to pick up the diamonds. This usually means that you need to add more wax to the pen. Often it is enough to refill a little, but sometimes you need to replace everything. You can easily get it out of the tip with tweezers and then refill with fresh wax. The reason why you sometimes need to replace all the wax in the pen is because it gets full of dirt. Dust and particles from the diamonds get stuck in the wax even if you do not see it. Some do not like the wax as they think that you have to change very often, and use blu-tack instead. I use that myself, and find it to work very well.

Thanks to the grooves in the tray, in which the diamonds precisely fit, they end up in the right direction. The thing to keep in mind though is to not fill the tray with too many diamonds because then they lie on top of each other instead of ending up in the grooves. Which counteracts the whole purpose of the tray.

There are different types of trays, but among the most common trays you get with a Diamond Painting kit is the green small tray. It is a good tray for beginners or if you have a smaller painting. If you make larger paintings that have a lot of the same color, you quickly notice that you have to fill it very often. That’s when it is a good idea to acquire a larger one. There are many different sizes of trays and different looks so it is not difficult to find one that you like. If you want to read about different trays that exist, I have a post about it here: Trays – Different types. 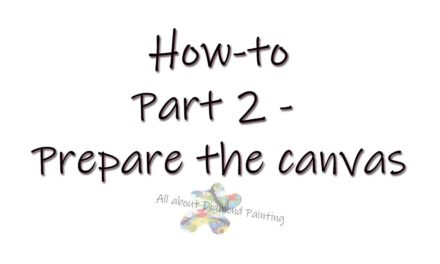 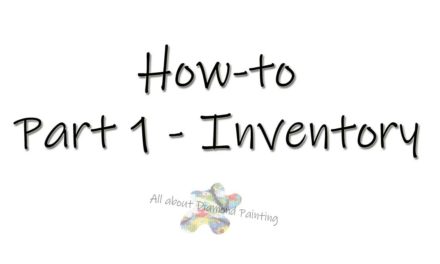